It’s been a minute! Like most people, I’ve been taking a break from posting regular content on social media in order to leave space for BIPOC communities, and to focus on educating myself on racism and injustice. It still feels slightly strange and selfish to be posting something as simple as a banana bread recipe, but I think that it’s okay for us to continue to do the things that make us happy, as long as we commit to continuing to better ourselves and fight for our BIPOC friends.

The past month has been crazy with everything that is going on in the world on top of the pandemic, and I have been back at work as well. It’s been nice having more normalcy in life again, but I can’t lie, I kind of miss the endless free time that I had during quarantine! I’ve been trying to still do all of the little things that I did for enjoyment during that time, including a lot of baking and cooking. I also have taken on a new project, as I enrolled in an online course in food photography. I am learning so much that I never would have even thought there was to learn about taking photos of food! It’s been a fun project that is allowing me to combine my love for vegan food/recipe development with my creative abilities for styling and editing. 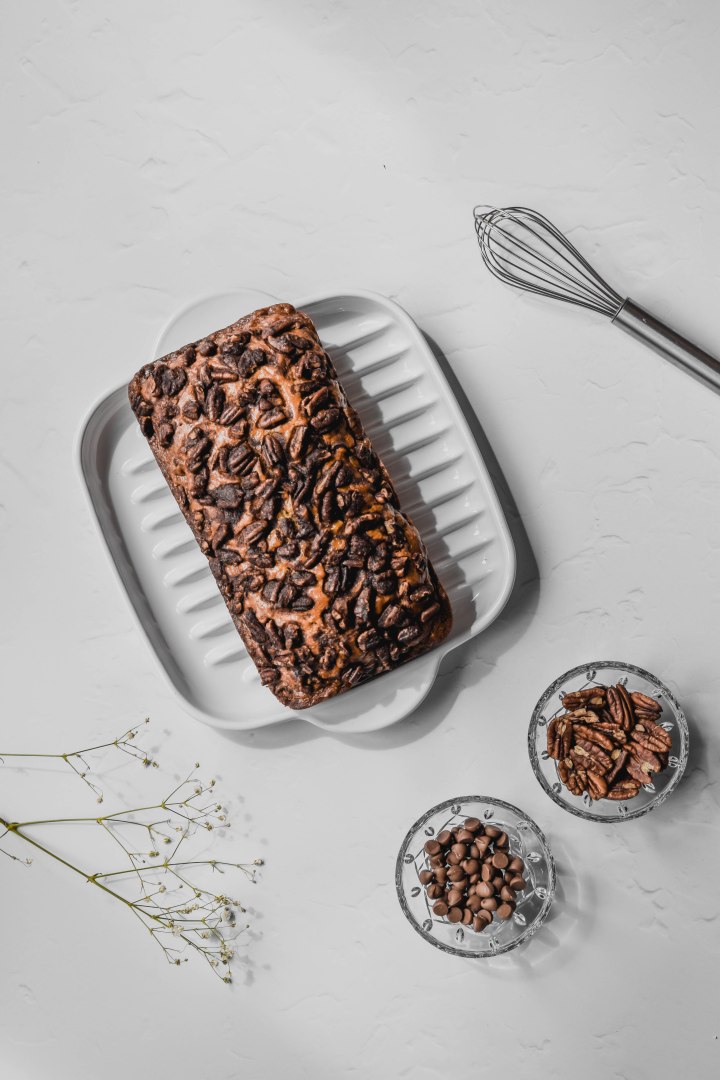 This banana bread was one of the first things I made to photograph for my class, and I’m beyond happy with how both the photos and the banana bread turned out! I think this will be my new go-to for that classic moist banana bread that we all love. 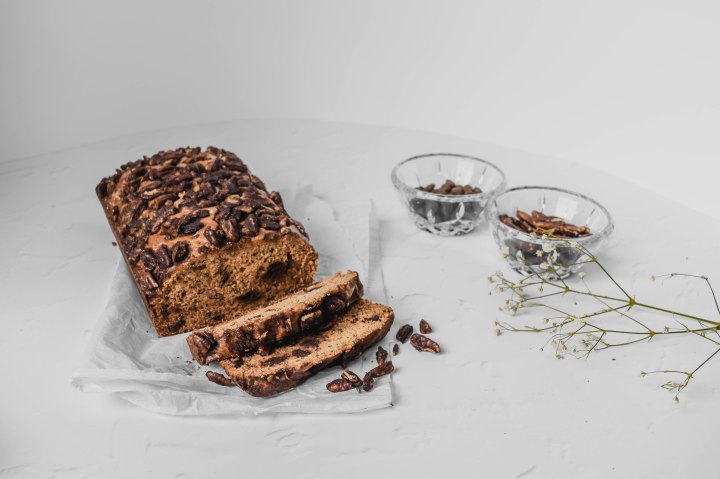 With Love and Lattes,